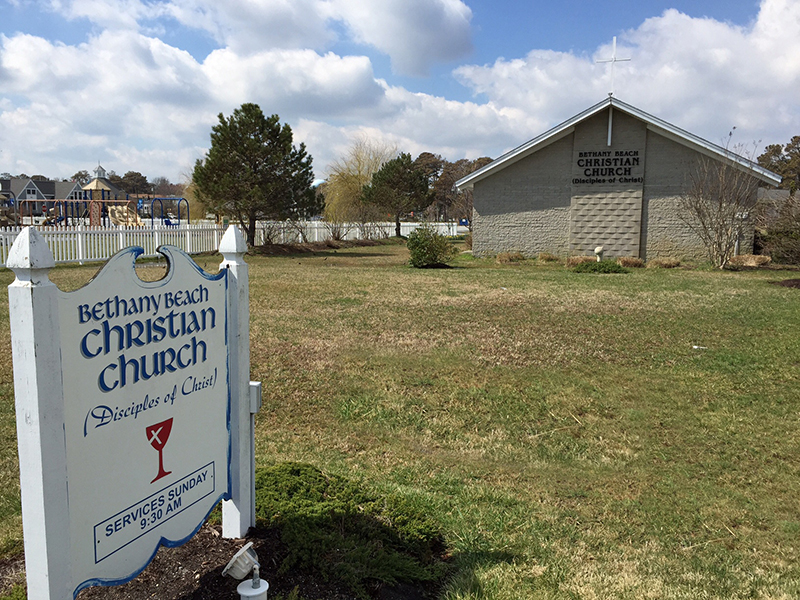 The Christian Church (Disciples of Christ) is very much a part of mainstream American Protestantism whose members believe strongly in freedom and diversity - in both worship and in lifestyle. Their original vision is for the unity of all Christians, through the guidance and authority of the scriptures as our model. Born on the American frontier in 1832, and from the 1920s forward, a segment moved in the direction of more liberal Protestant theology and acceptance of biblical criticism. This segment was restructured and, in 1968, became the Christian Church (Disciples of Christ). It continues to this day to be engaged in ecumenical conversations. There are 411,140 (2017) Disciples of Christ members in 3,627 (2010) congregations. To become a member, a person simply confesses faith in Christ and is baptized by immersion. There are no formal doctrines and reciting creeds is unnecessary. Local churches are congregationally-governed and Bible-centered - with freedom of opinion in matters of faith. Higher education is of special interest. The rite of communion is central to our worship and is offered without restriction to all who attend.

Bethany Beach was established as a site for “camp meetings”. It was influenced by the Chautauqua movement, which was popular in the U.S. as an adult education program that flourished during the late 19th and early 20th centuries. The original Chautauqua Lake Sunday School Assembly started in western New York for the training of Sunday-school teachers and church workers.

The Bethany Beach Christian Church and Conference Center is part of the ministry of the Christian Church-Capital Area, which serves congregations in Maryland, the District of Columbia, Northern Virginia, Delaware, and West Virginia. It serves Disciples and others as a site for Christian education and congregational retreats. The year-round church provides religious services for residents of the town and surrounding areas. If you’d like to know more about the Capital Area Christian Church (CACC), visit their website. 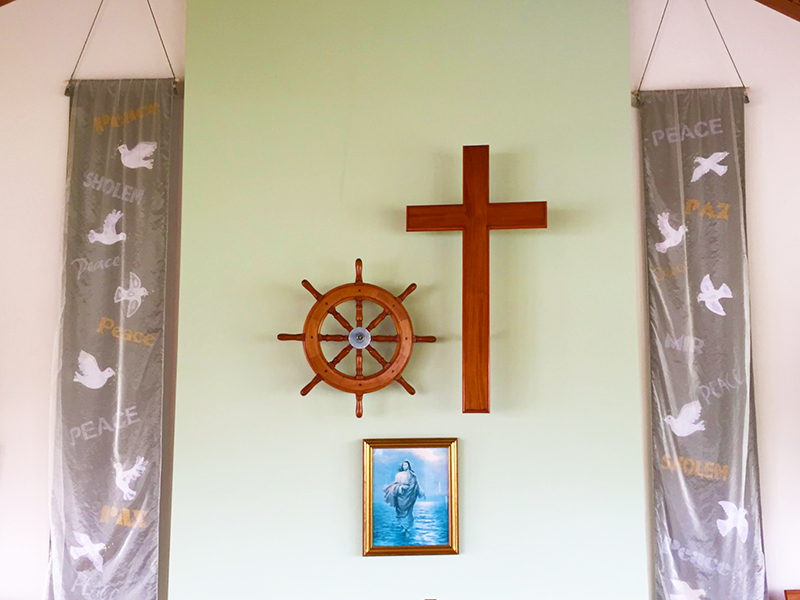 One of the unique designs at Bethany Beach Christian Church is the ship's wheel hanging next to the cross in the front of the sanctuary. The fact that we are here facing the ocean would be the normal assumption for its significance. However, the ship's wheel holds a deeper meaning. The church building sits on the grounds of the Camp and Conference Center, where our youth attend camp annually. In 1956, one of the campers drowned during camp, and this ship's wheel hangs here in his memory. The importance of this symbol represents the faith and belief of Disciples - that all are welcomed. Because we had African-American children at camp, our campers were prevented from swimming at the public beach, where there were trained lifeguards. Therefore, all the campers went up the beach to swim as a group. Unfortunately, a rip tide formed and took Keith Cook's life. While the staff tried to save everyone caught in the rip, they were unable to reach Keith, and his body was recovered two weeks later by the Coast Guard. The campers, his family, and his home church donated the money to have this wheel hung here in our church, to guide us all home.